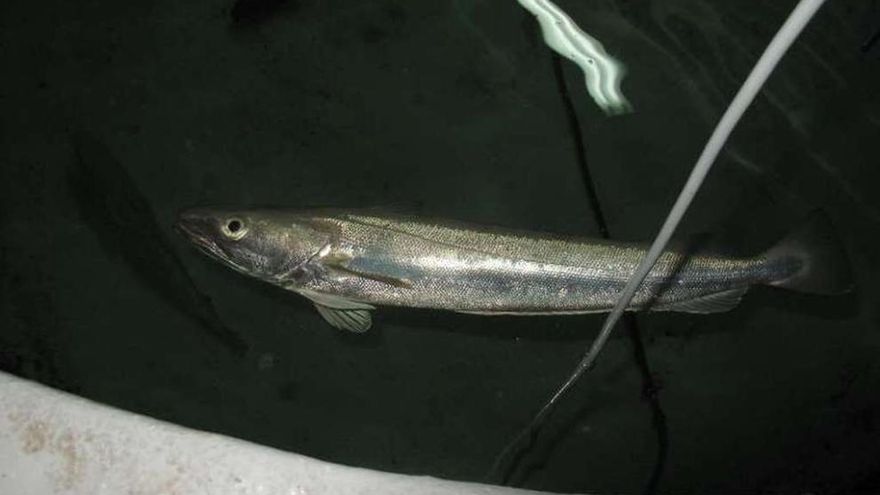 The work is part of María Fernández Míguez‘s doctoral thesis

The scientific journal Scientific Reports, belonging to the Nature group, collects the results of a study led by research staff from the Marine Genetic Resources Group (ReXenMar) of the Marine Research Center (CIM) of the University of Vigo and the AquaCOV group, the Spanish Institute of Oceanography, which provides molecular evidence of a common origin of all rare morphotypes proposed as cryptic hake species in the Southern Cone. The research was conducted between 2000 and 2020, through a global sampling of valid hake species and nine morphotypes, in their areas of distribution between the Southwest Atlantic, Southeast Pacific, and Southwest Pacific.

The article, entitled «Phylogenetic prospecting for cryptic species of the genus Merluccius (Actinopterygii: Merlucciidae)» is the result of the joint work of Montse Pérez, IEO scientist; Pablo Presa, CIM researcher; María Fernández Míguez, UVigo doctoral researcher and taxonomic experts Jesús Matallanas, from the Zoology Unit of the Universidad Autónoma de Barcelona, ​​and Domingo Lloris, from the Institut de Ciències del Mar (Cmima-CSIC) in Barcelona. series of rare morphotypes known as cryptic species. ”The researchers identified these South Pacific and South Atlantic morphotypes and assigned them to the phylogenetic backbone of this genus.“ This finding was made possible by the use of phylogenetic concatenation of nuclear gene sequences such as ITS1. -rDNA and mitochondrial genes such as Cytochrome b, along with the design of nested rDNA PCRs.

The article and the study that supports it are part and give continuity to the line of work developed by the research group ReXenMar of the CIM, based in the Faculty of Biology, in collaboration with the AquaCOV group of the IEO. The work of this team from the University of Vigo is focused on research fields such as fisheries, forensics and aquaculture genetics. The conclusions contained in the article are part of the first chapter of the doctoral thesis of María Fernández Míguez, directed by researchers Pablo Presa (CIM) and Montse Pérez (IEO) and funded by the doctoral scholarship program of the Xunta de Galicia.